Cattle are very inefficient animals in converting vegetable proteins into animal proteins. We lose actually a lot of food by giving it to animals as an intermediate[1] this is how one could summarized the necessity of cultured meat, idea born with the industrial revolution and evolving with the ability of modern societies to master more and more of their natural surroundings for their own benefit (or profit, depending on the point of view).

Cultured meat is beyond doubt a revolution. The idea sounds brilliant: Rather than slaughtering animals, the same genuine, edible meat is created artificially using animal cells and bioreactors. Besides the technological feat, the expectations of pollution mitigation, sustainability, and animal welfare improvement are particularly high.

Yet, whilst cultured meat has been regarded for more than 80 years as the grail for the alternative meat industry, with a market size value forecast evaluated at $1.66 billion by the horizon of 2031, its industrial development remains quite infantile and its production growth feeble. Worse, competitors in the sector are tangible and the cultured meat industry could be supplanted by the forceful plant-based meat industry.

The question is why? Why culture meat struggles to fly from the nest?

This short article proposes to dive into cultured meat development so as to understand the challenges and impediments of this modern revolution. 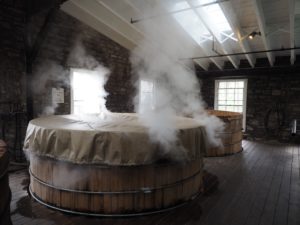 This is the fundamental aspect that any player in the sector collides with. How to produce cultured meat for a meaningful number of people? Many years of bioprocess scale-up in various fields should have overcome this limitation. Yet, although the recipe appears to be well described, with an increase of cell density through a great deal of seed train optimization, the cultured meat industry is still at a standstill.  The reason behind this? Scaling-up requires considering the kinetic parameters associated with cellular functioning such as oxygen and nutrient intake, tolerance to dissolved oxygen, shear stress and temperature variation, and the impact of metabolic wastes on the cell physiology.

By means of example, the most common cells used for cultured meat production, to wit, muscle cells, are adherent cells whose tissue thickness in a bioreactor can difficulty grow above 200µm, the established diffusion limit beyond which nutrients and oxygen cannot pass. The mass transfer limitation is one of the major hitches to scaling up. Scaffolds that would allow high cell density cultivation through increasing medium accessibility, hence irrigating the entire tissue construct and guaranteeing perfect medium distribution, remain still in the research stage.

Cell reusability is also primordial. The idyllic idea of cultured meat lies in the continuous self-reproduction of the meat. However, here again, similarly to the mass transfer limit, another repressive law subjects cells to a limited amount of divisions. As a matter of fact, the Hayflick limit maintains that cells are endowed with a finite number of divisions comprise between 40 to 60 times. Beyond that line, cells enter in senescence, slow, irreversible degradation of cells toward their final destination. Worse still, in vitro production showed that cells are far away from that limit, not really reassuring. Finally, scaling up requires the employment of larger bioreactor tanks. The question of fluid-to-cell ratio constitutes here a major topic of investigation. The idea: counteract the metabolic tension, that limits the space in which a certain concentration of cells can grow and consequently imposes multiple expensive seed trains to achieve large production. 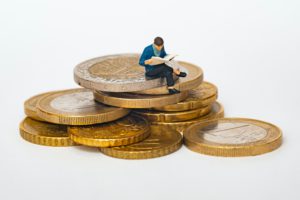 Let’s go back to 2013. The attraction for cultured meat is in its infancy. The explosion will come after (from 4 start-ups in 2016 to more than 50 companies worldwide in 2022). Yet, at that moment the interest is not there. The Dutch government just decided to cut down the subsidies for cultured meat and the research in that domain, led at the Maastricht University, are hanging by a thread. Still, the perseverance of a vascular physiology teacher, Mark Post, with the inescapable help of foreign investors permits him to resume the research. As a result: August 2013 the first cultured burger is produced by Mark Post, cooked (with a copious amount of butter to palliate the absence of fat in the meat), and tasted at a press conference in London to public acclaim.

One big problem, its price: $330,000.  Not really made to increase the appetence of customers.  The importance of cost-effectiveness is hereby questioned. No one is willing to pay that price for a burger. For that amount of money, animal suffering considerations may risk being forgotten.

Thus, progress needed to be made. And since then, there have been some advances, until a final price of $80 per kilo of cultured meat was reached in 2015… unfortunately still a bit far from conventional farmer meat, still 8 times lower.

So, what makes cultured meat so expensive?

In the first place the use of growth factors, indispensable components to stimulate cell proliferation, hence responsible for the augmentation of the tissue product volume. Here is the snag: growth factors account for over 95% of the medium price. As they mostly originate from cattle, their use is extremely expensive, they are hard to produce in large quantities, vary from batch to batch, are often a source of contamination, and last but not least are not aligned with animal welfare principles. Alternatives using protein-rich hydrolysates derived from plants including soy, wheat, or pea or derived from organisms such as yeast or cyanobacteria are possible but still febrile alternatives.

Secondly, the upkeep of the facility is one of the major cost-impacting criteria. For example, the wastewater generated through tissue cultivation requires proper handling, namely detoxification, thereby greatly influencing the factory location.

Quality and perception of the product 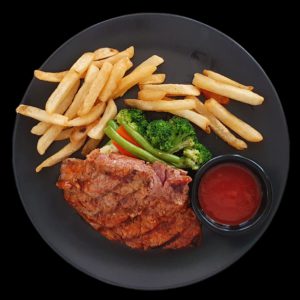 Bioprocess optimization is one important aspect to increase the production yield. However, the final taste needs to be palatable for the customer. Also, the final aspect of the cultured meat product needs to raise customer appetite. The color, the texture, the flavor, and the nutritional intake are amongst the most important values that would ultimately leverage the final choice. At the moment, these requirements are not met. The cultured meat produced in the laboratory is quite chewy, poorly structured, and does not resemble the flavor of meat. In that light, attempts are made to procure a better taste. Genetic variations are being looked into to be able to explain the metabolic relation resulting in meat-specific marbling, i.e., the infiltration of intramuscular fat in the meat, responsible for the specific taste. The percentage of fat addition is also investigated to get closer to conventional farmer meat products. In the same manner, to come closer to the meat color, saffron, red beet juice, or even heme is added to the cultivation pot. However, these methods struggle to mimic the quality of animals. On top of that, the public perception of additives in the food-processing industry cannot be neglected. The use of hazardous substances during the process should be of major concern when it comes to culture meat production. This includes having a glimpse of transgenic cell lines possibly used to alleviate the production scaling up and cost. The risk of adverse mutation in the high-density bioreactor is not well controlled. The utilization of growth factors is also something new for food production and cannot be lightly investigated. Allergy to the components used in the culture medium needs to be weighed with conventional meat.

Finally, several surveys were conducted to determine the acceptance of the audience to artificial meat. It reveals that acceptance or not of this product is multifactorial and does not include only age but other criteria such as educational knowledge (scientific or non-scientific), the background culture (countries with a food tradition or not), the dietary habits (vegan or not), religion. In this latter case, halal or kosher cultured meat would need to consider the source of the stem cell or the use of serum-free media to be considered edible. Additionally, government decisions have an enormous impact on the pace of cultured meat development and commercialization. Awareness of the government is playing a major role in the future of cultured meat.

To conclude this article, the way to the industrialization of cultured meat remains long. Yet, understanding the hurdles helps considerably in concentrating development efforts, and improves strategies to address the challenges. The consciousness of these impediments seems to be the cornerstone of the success of the industrialization of cultured meat. Horizon will then decide whether the future of alternative meat lies in cultured meat, or in its brother, the plant-based product.